What is Your Child’s Gender? You Might Want to Ask Science 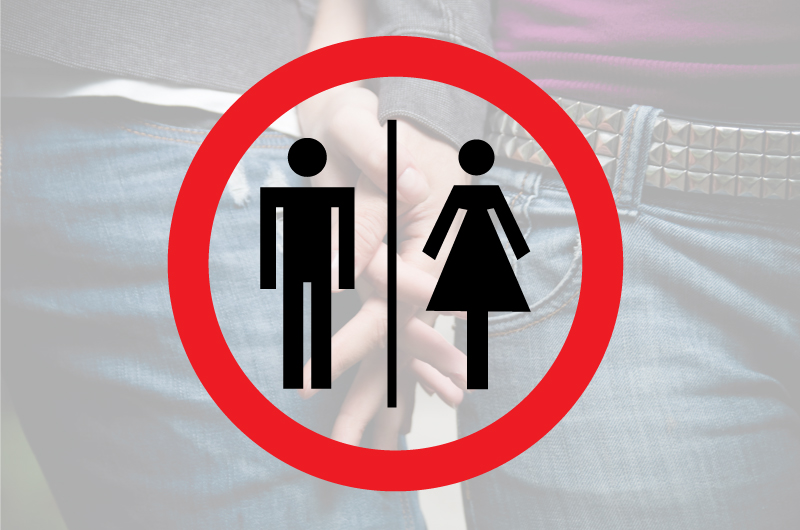 This is one of the most common questions asked to those who have just revealed they are expecting a little one.

This question is logical, understandable, and completely accurate. From a biological perspective, it would be more than a little unreasonable for the expecting parent to respond:

“We don’t know. The child hasn’t decided yet.”

The differences in boys and girls, males and females, can swing between two extremes:

The problem with both of these perspectives on gender is that neither of them are based in science — and both harm individuals and society. It can be tempting to believe whatever’s popular on Facebook. But just because every post in your social media feed promotes an idea about gender, it doesn’t make it true.

In his book Why Gender Matters, Physician and Psychologist, Dr. Leonard Sax wrote:

There is more at stake here than the old question of nature versus nurture. The failure to recognize and respect sex differences in child development has done substantial harm over the past thirty years.

Clearly, swinging to either extreme can be problematic.

On the other hand, well-conducted research can help us understand natural laws that govern life. Once we really understand these natural laws, we can help not only ourselves but also those we love.

So what does the research say?

Although there is a lot of good science out there, I will briefly touch on 4 areas where boys and girls inherently differ — and why that matters for all of us.

Ladies. Your brain tissue is intrinsically different from guys. This process starts in the womb. You didn’t have a choice. That’s just the natural way that the X & Y chromosomes made it.

Male brains are also much more compartmentalized than female brains. For example, boys process and express their language in the left hemisphere of the brain, and girls use both sides.

One study looked at how newborn babies would respond to their visual environment. A female nurse stood over a crib with a mobile swinging next to her. The vast majority of the female babies stared at the face of the nurse while most male babies watched the moving mobile. Girls are born wired to be interested in faces and boys in moving things. No wonder guys like football and fast machines.

This is biological, people! These babies have not been “socialized” by their environment.

Walk into a kindergarten class and give all the children a piece of paper for drawing. Tell them they can draw whatever they want. The lion’s share of the boys will draw action and use colors like black, silver, and blue. While the girls will draw people or things and use the colors red, orange, green, and beige. As Dr. Sax wrote:

That’s because the internal structure of the eye differs in both males and females. This isn’t a choice. It is hardwired. Does this mean that boys will never draw a face or a flower? Of course not! This study simply helps us understand the biological preferences and why they exist.

Nurture can influence nature, but it can’t change it.

Multiple studies have helped us understand children’s toy preferences. Researchers gave babies between 9-18 months old toys to play with. Almost all the boys chose the truck while the majority of girls chose the doll. Developmentally, children at this age don’t really understand what their gender is and what it means. But if you understand biological differences this makes sense.

What about girls who play with trucks and boys who play with dolls? Even though this is the minority, it’s still worth asking. It’s important to understand that a feminine boy and a masculine girl still have a brain that is wired to their gender. Based on what we know about brain differences, it is likely that girls like playing with trucks for different reasons than boys do.

I have barely scratched the surface on this research. But we all need to be more informed about which gender differences are biological and which are not. This will help parents and teachers meet the child’s needs more effectively. Boys and girls think, learn, see, hear, and develop differently. Understanding these differences will help us create better and more scientifically-based policies.

Female teachers and parents should not tell a boy that he can’t draw simply because it is a rocket going to space rather than a pretty face.

We can emphasize the unique contributions that both a mother and a father bring to their sons and daughters.

Rather than teaching children that they can choose their gender or that they need to fit rigid, unfounded stereotypes, we can help children own their gender. Will there be variability within each gender? Indeed!

For more information on this, you can email us questions for our next podcast or read the book Why Gender Matters.

Please help us strengthen families by sharing this article with your friends and family! Likewise, to see more of Dr. Tim’s articles (as well as articles by Dr. Rob), please also check out the rest of our blog and our Facebook page.