Me Too: Why Sexual Freedom Isn’t Free 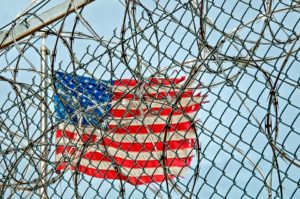 Part of it is because I’m 8 months pregnant and my body hurts all over. (I think my body is practicing the no sleep thing for when the baby comes. 😛 )

But part of it is because I can’t stop thinking about my Facebook feed yesterday.

At first, I was confused by the two word status updates popping up everywhere: “Me too.” But then one friend wrote a little explanation along with it. She said, “If all the people who have been sexually harassed or assaulted wrote “Me too.” as a status, we might give people a sense of the magnitude of the problem. Please copy and paste if you feel so inclined.”

As more and more of my friends joined in with their “Me too,” my heart ached. I didn’t know whether to click like, love, or sad. I was so proud of these brave women for speaking out, but so sad that we live in a world full of so much sexual harassment.

While sexual violence has fallen significantly since 1993, it’s still a huge problem today. In fact, statistics show that every 98 seconds, an American is sexually assaulted. And if you’re a woman, you have about a 1 in 5 chance of being raped at some point in your life.

Everyone is affected by sexual harassment or assault a little bit differently. But often there are both physical and mental consequences. In addition to the risk of STIs and pregnancy, victims of sexual assault often struggle with PTSD, depression, and even suicidal thoughts. It can also cause more general emotional challenges, like difficulty trusting others or feelings of fear and helplessness.

One month from today, our baby girl is due to come into this world. I can’t help but worrying, will she have to post “me too” one day? Will she end up being part of the almost 20% of women who get raped in their lifetime? Will she have to struggle with the fear and pain that comes from being a victim of sexual harassment or assault?

I sincerely hope not.

While I’m grateful for the many women and men who are fighting against this plague of sexual violence, there are some aspects of our society today that seem to contribute in a negative way.

Many people are pushing back against sexual violence, but some of these same people are also advocating strongly for sexual exploration and freedom. This March while visiting the UN Commission on the Status of women, I heard many voices advocating for sexual rights of all kinds.

And to some extent, I’m grateful for the work that’s been done so far. I’m grateful that I can decide when I want to marry and have children, that I have control over my sex life.

On the other hand, it seems that the push for sexual freedom has had some unforeseen consequences. Dr. Leslie C. Bell explains it well:

“Today’s 20-something women have more freedom than their grandmothers could have imagined – educational, professional, and personal. But while this freedom has engendered a great deal of opportunity, it hasn’t necessarily resulted in women having good sex and satisfying relationships in their twenties.”

Much of the push for sexual freedom has placed an emphasis on our own personal fulfillment. Do whatever you want, whatever makes you feel good physically. Sex is about you, not about anyone else, today’s media seems to say.

Unfortunately, that emphasis on personal fulfillment may have had the opposite effect.

With all this sexual freedom, pursuing whatever you want physically, you may think it would lead to better sex. But according to research from Dr. John Gottman, perhaps the biggest key to sexual fulfillment is your friendship. While casual sex can be fun and exciting, one survey found that the happiest couples are those who communicate and build up the intimacy that is foundational for fulfilling sex. When sex is about your relationship, not just about you, it becomes a whole lot better.

If we aren’t careful, the way we promote sexual freedom can also promote sexual selfishness. This selfishness will not only lead to less fulfilling sex, but it also can be dangerous. This line of thinking that says “Sex is all about me” is one that ignores the other person involved.

I’m sure those who rape or sexually assault others are, in a twisted way, seeking their own sexual pleasure. They have decided to use their sexual freedom selfishly. And unfortunately, they do this at a great cost to those around them.

In teaching our kids about their sexuality, we must help them realize that sexuality isn’t just about them. Other people are involved, people who deserve to be loved and respected.

As we push not just for sexual freedom but for mutual love and respect, we can achieve sexual freedom without promoting sexual selfishness. We can help our kids see that sexual freedom isn’t really free, because with these rights come great responsibilities.

Getting ready to welcome our baby girl into the world has put this all in a new light for me. I hope the numbers of sexual harassment and assault can continue to decline. I hope sincerely that she doesn’t become a part of the statistics. And I hope that one day, nobody has to say “Me too.”