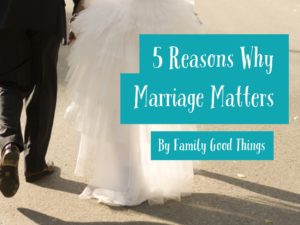 Regardless of what people think about marriage, here’s the question: Does marriage really matter? Is the institution of marriage obsolete, or is it something that can benefit individuals, families, and society as a whole?

Here are a *few reasons why social science suggests that marriage really does matter.

While non-traditional families can still have a great deal of love, social science research shows that marriage promotes even stronger relationships. For example, according to the Institute for American Values, when parents are married, they’re more likely to have positive relationships with their children.

Marriage also provides a more stable family environment for kids. An international report from the Social Trends Institute found that children born to cohabiting parents are “more likely to see their parents split by age 12 than children born into married families.”

Marriage may have great benefits for families, but it’s not just the families that benefit. Research shows that marriage does a lot to improve the economy! Marriage both reduces poverty and increases wealth. In fact, the Heritage Foundation says that marriage may be “America’s greatest weapon against child poverty”!

Read that sentence again. Yeah, you read it right! Marriage may do as much for your health as it would to quit smoking. That’s a pretty big health benefit right there.

Marriage may also lead to not just a healthier life, but also a longer one. Research shows that on average, married people live longer than unmarried people do.

Marriage does more than just help your physical health; it can help your mental health too! One international study found that married couples are happier overall, even compared to couples who live together. And as marriage researcher Paul Amato explained it, married people “report fewer symptoms of depression and are less likely to think about suicide.”

Healthy marriages can help reduce crime for both parents and children. Studies show that married women are much less likely to experience domestic abuse. Not only this, but kids who grow up with married parents are less likely to become involved in criminal activity. (Check out the US Department of Justice’s report on how family life affects crime here!)

If marriage really does matter so much, then what should you do about it? Here are some things to consider.

Now you may be wondering, is marriage the magical cure-all for personal and societal problems? Unfortunately, it’s not quite that simple. Most of these benefits are associated with healthy marriages, which takes work and effort. (For example, check out Dr. Rob’s article about the importance of being intentional in marriage.) But as we try our best to improve our marriages, we’ll have happier, healthier families and a happier, healthier world.

*The idea for this article came from the Institute for American Value’s publication, Why Marriage Matters: Thirty Conclusions from the Social Sciences. Check out the summary of it in their PDF here.

Elizabeth Warner is the content manager for Family Good Things, just gave birth to her first child, and recently graduated with a bachelor’s degree in marriage and family studies. For more articles by Elizabeth, Dr. Rob, or Dr. Tim, check out the rest of our blog and our Facebook page.

Is Sugar Hurting Your Marriage? 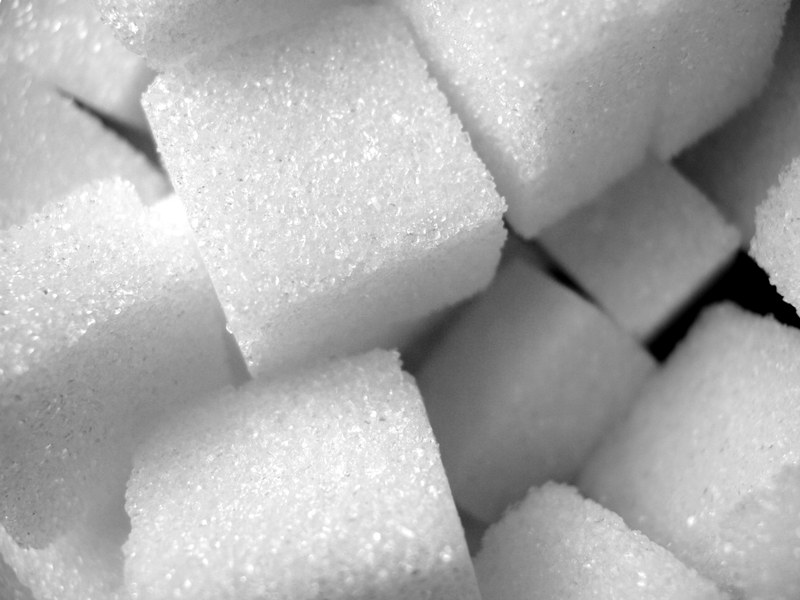 Is sugar hurting your marriage? It was trying to harm mine!

Do you have a sweet-tooth? Do your breakfast cereals come in two varieties (pre-sweetened and “post-sweetened”)? Can you sometimes relate a bit too easily to the “Buddy the Elf diet”?

I had such a sweet-tooth as a child that I would sometimes sneak into the kitchen, open the fridge and drink the Hershey’s syrup from the container. Though that particular practice ended during adolescence, I continued to find many other exciting ways to get my “sugar fix.”

And, because I was able to largely avoid putting on unwanted pounds (mostly because of my exercising), I didn’t realize how much I was harming myself — and even my family.

More about that in a moment.

As recently as a few years ago I mistakenly thought the two largest risks associated with sugar consumption were cavities and hyper children. However, with help from medical professionals and some of my own subsequent research, I am beginning to understand how uninformed I was regarding my “sugar addiction”. Consider the following statistics:

While the list goes on, let me quickly share my unexpected pre-diabetes diagnosis from 2013 and how my wife and I have actually benefited from this “bad news.”

**Note** – In addition to the term pre-diabetes, my condition was also referred to as hypoglycemia and insulin resistance.

I have spent much of my life exhausted! Many of you can probably. Let me give you a brief sampling:

I could go on, but you get the point. During those years I was earning my Bachelors, Masters, and Doctorate degrees. Likewise, we were raising five young and energetic children. I attributed my constant fatigue to simply having a busy life!

In addition to my constant sleepiness, I had other health concerns. For instance, I was increasingly becoming light headed, I began experiencing positional vertigo whenever I would bend down, and I even began to frequently use a portion of my lunch hour to take naps in my car – simply to have enough energy to make it through the day. Finally, even though I was an avid distance runner, I consistently had high blood pressure, high cholesterol and high triglycerides.

In October of 2013 I was tested and subsequently received my diagnosis of prediabetes. I was also told that the fatigue, light-headedness, high blood pressure, etc. were likely all symptoms of my condition.

I left the doctor’s office fairly devastated as I quickly realized that many things would need to change! For someone who had previously quipped that my two favorite hobbies were eating and running, this was going to be quite a change indeed (at least for one of my favorite hobbies).

My initial pity-party quickly gave way to immense gratitude. Just days after greatly reducing sugars from my diet (i.e. rarely eating desserts, eliminating sugary drinks, etc.), reducing simple carbohydrates, and increasing the amount of vegetables I ate, I began to feel better than I had felt since childhood.

My vertigo immediately disappeared and I no longer needed to take “emergency naps” to make it through the work day. What’s more, my blood pressure, cholesterol and triglycerides have all improved.

In fact, I began to feel so much better that I no longer viewed my dietary changes as a sacrifice. This had turned into an incredible blessing!

And, while my wife and I have always had a good marriage, my improved health also began blessing our marriage in a variety of ways! I am now less fatigued when I return home from work. We are able to spend more time together in the evening. I have more energy to give to my wife (as well as my children) throughout each week. And this improved health also increases the likelihood of me being a part of their lives for decades to come.

How does this apply to you?

Clearly your genes are different than mine. You may never be afflicted with pre-diabetes or diabetes. However, in my research, I have noticed that some researchers and medical professionals are now referring to sugar as a toxin – and one that we consume in dangerous quantities. Yikes!

So, while I am no doctor (well no medical doctor anyway), I wonder if your health, and even your marriage, may also benefit from reducing your sugar intake. I’m guessing that it would!

If your life would benefit from improved health or increased energy, I invite you to join me in a quest during 2016 to reduce sugar intake.  What do you have to lose?

Please help us strengthen families by sharing this article with your friends and family! Likewise, to see more of Dr. Rob’s articles (as well as articles by Dr. Tim), please also visit our website and Facebook page.