Defending the Family at the UN: A Video from Dr. Tim

Ever wonder what goes on in the United Nations? Check out this video to find out how Dr. Tim fights for family at the UN!

Regardless of what people think about marriage, here’s the question: Does marriage really matter? Is the institution of marriage obsolete, or is it something that can benefit individuals, families, and society as a whole?

Here are a *few reasons why social science suggests that marriage really does matter.

While non-traditional families can still have a great deal of love, social science research shows that marriage promotes even stronger relationships. For example, according to the Institute for American Values, when parents are married, they’re more likely to have positive relationships with their children.

Marriage also provides a more stable family environment for kids. An international report from the Social Trends Institute found that children born to cohabiting parents are “more likely to see their parents split by age 12 than children born into married families.”

Marriage may have great benefits for families, but it’s not just the families that benefit. Research shows that marriage does a lot to improve the economy! Marriage both reduces poverty and increases wealth. In fact, the Heritage Foundation says that marriage may be “America’s greatest weapon against child poverty”!

Read that sentence again. Yeah, you read it right! Marriage may do as much for your health as it would to quit smoking. That’s a pretty big health benefit right there.

Marriage may also lead to not just a healthier life, but also a longer one. Research shows that on average, married people live longer than unmarried people do.

Marriage does more than just help your physical health; it can help your mental health too! One international study found that married couples are happier overall, even compared to couples who live together. And as marriage researcher Paul Amato explained it, married people “report fewer symptoms of depression and are less likely to think about suicide.”

Healthy marriages can help reduce crime for both parents and children. Studies show that married women are much less likely to experience domestic abuse. Not only this, but kids who grow up with married parents are less likely to become involved in criminal activity. (Check out the US Department of Justice’s report on how family life affects crime here!)

If marriage really does matter so much, then what should you do about it? Here are some things to consider.

Now you may be wondering, is marriage the magical cure-all for personal and societal problems? Unfortunately, it’s not quite that simple. Most of these benefits are associated with healthy marriages, which takes work and effort. (For example, check out Dr. Rob’s article about the importance of being intentional in marriage.) But as we try our best to improve our marriages, we’ll have happier, healthier families and a happier, healthier world.

*The idea for this article came from the Institute for American Value’s publication, Why Marriage Matters: Thirty Conclusions from the Social Sciences. Check out the summary of it in their PDF here.

Elizabeth Warner is the content manager for Family Good Things, just gave birth to her first child, and recently graduated with a bachelor’s degree in marriage and family studies. For more articles by Elizabeth, Dr. Rob, or Dr. Tim, check out the rest of our blog and our Facebook page.

Do We Really Need Dads? 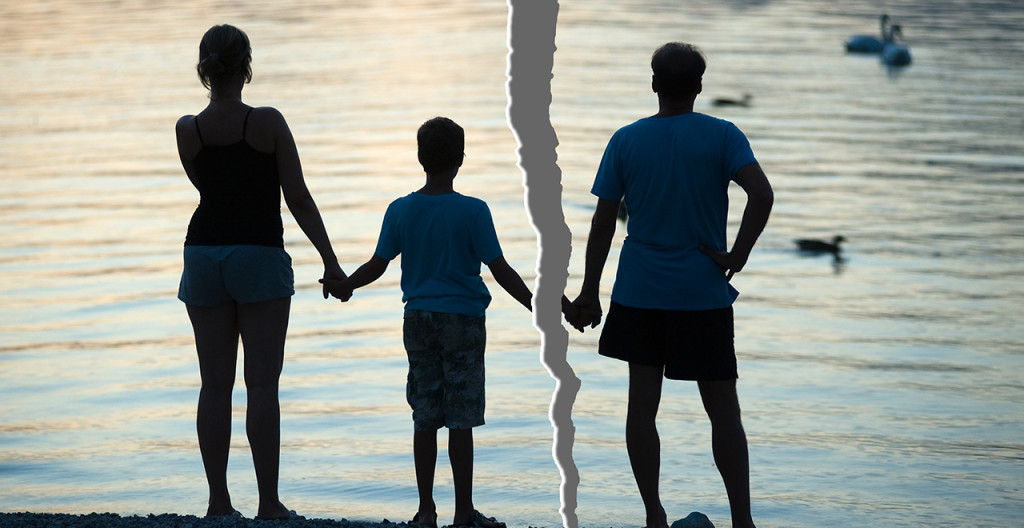 Setting a Low Standard for Men

In my driveway, we have an adjustable basketball standard or hoop. When my son Carter was 10, he liked to lower the basket to 8 feet when we shot hoops. That way he could easily make a basket. After about 5 minutes, I’d raise it a couple of feet and he would usually protest. But I knew he’d never improve his game or himself with a low standard (pun intended).

Many of you have probably seen the following 2009 Hanes socks commercial:

Personally, I’ve never seen an advertisement in the media that depicts women as the buffoons in a relationship and men as competent. Dr. Leonard Sax, author of the insightful book Boys Adrift: What’s Really Behind the Growing Epidemic of Unmotivated Boys, elaborated on this mindset:

Permissive social mores have ‘let men off the hook’ as it were, so that many think it acceptable to father children out of wedlock and to cohabit rather than marry. Dodging commitments is considered smart, but sacrificing for the good of others, naive.

Unfortunately, many of those who lower the standard for dads—claiming that fathers are useless buffoons—are likely individuals whose fathers were mostly dead-beats.

The Ripple Effect of Absentee Dads

While camping near a lake, my son tried to skip a rock across the water. As it plunged into the lake, it was remarkable to watch how one little rock could cause ripples to spread for quite some distance.

When men father children and then check out of their fatherly duties, it doesn’t just impact that child. The “ripple effect” goes through both society and generations. According to the U.S. Census Bureau, 24 million children in America, or one out of three children, now live in a biological father-absent home. Here is just a small sample of the ripple effect of absentee dads:

There are many today who—in the name of equality—are attempting to erase any differences between men and women. However, a whole raft of research has shown the biological and psychological differences between boys and girls that are evident from birth. Boys and girls see, hear, think, feel, and learn differently. Of course both genders have much in common, but many individual and societal problems have come from trying to make men and women the same. Professor David Popenoe summarizes what this gender research means for parents:

Because of their distinct gifts and abilities, men and women each bring a unique perspective to family life. Dads think and act differently than moms. Some of these distinct differences are in the areas of regulating aggression and general activity, cognitive skills, sensory sensitivity, and sexual behavior to name just a few.

For example, think of raising children like a person’s stability in standing, walking, and running. An individual with only their left foot (due to birth defect, amputation, or accident) can probably stand upright, especially with assistance. A person with 2 left feet (not likely, I know) may have more support. But a left and a right foot both compliment and stabilize each other.

A mother and a father is the most ideal scenario for raising children. Yet, with our current culture and laws we send the message over and over again that dads are optional.

Fathers Be Good to Your Daughters

Mounting evidence demonstrates that girls whose fathers are absent and uninvolved are much more likely to become sexually active, sexually exploited through pornography and prostitution, struggle with their male/romantic relationships, and become mothers as teens—perpetuating the cycle of children without fathers.

This is largely because Dads lay the foundation for how girls understand and interact with the opposite gender. If a father is physically—and especially emotionally—involved in his daughter’s life, she is likely to forge healthy relationships with men through her teen and adult years.

“Fathers, be good to your daughters. Daughters will love like you do. Girls become lovers who turn into mothers.”

Daddy-daughter dates are a terrific way to build and teach healthy relationships. I try to take each of my 3 daughters on a date every other month, and I consider it a great honor. I want them experience the kind of treatment they deserve from boys so they won’t settle for anything less. Here is a beautiful example of a dad who gets it:

Let’s help raise the standard for men. If you’re a dad like me, regularly evaluate the time (quality and quantity) you’re investing in your most important work—your family. Have consistent one-on-one chats with each of your children where they can talk to you about anything and everything. Get into your child’s world and truly understand them! William Shakespeare has said, “It is a wise father that knows his own child.”

“Marriage increases the odds that a man will be committed to both the children that he helps create and to the woman with whom he does so.”

If you’re a divorced father, make an effort to heal the relationship with your children’s mother. That doesn’t mean you need to remarry her. But it does mean you should try to make peace with her. The best predictor of divorced dads being involved in his children’s lives is the quality of relationship he has with their mother.

Thanks to all you fathers who hold themselves to a high standard of commitment. We can all feel their positive ripple-effect. Be one of those dads, and your children — as well as generations to come — will thank you!

Defending the Family at the UN

Dr. Tim shares a little bit about his experiences defending the family at the United Nations during the Commission on the Status of Women.

Defending the Family at the UN

Please help us strengthen families by sharing this video with your friends and family! Likewise, to see more of Dr. Tim’s articles (as well as articles by Dr. Rob), please also check out the rest of our blog and our Facebook page.